Stair Art: 6 of the Most Stunning Staircases Around the World

Staircases are engineered for mobility; this much is true. But what artistic merit do they hold? The designs of our staircases are extensions of our home and personal style, but when used as canvases, these structures transform into beautiful works that become extensions of our culture. From a depiction of Salvador Dali to a mosaic of brightly colored animals and stars, these stunning staircases can display what exactly we humans can do with just a little bit of paint and inspiration. 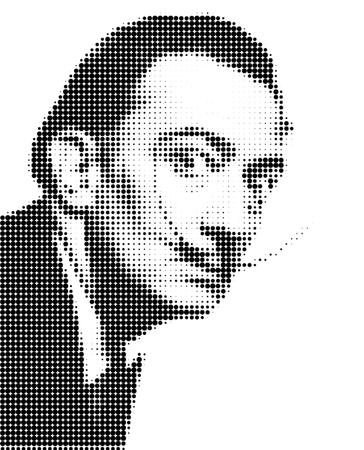 The quasi-abstract aesthetic behind English artist Rachel Whiteread’s Untitled (Stairs) breaks down the object into bare form, turning it into an architectural structure leading to nowhere. The entirely plaster-made sculpture is of two interchangeable staircases flipped on their sides. Rachel Whiteread makes use of negative space by casting the areas around objects as opposed to the actual object itself. Her work, which has been featured internationally as well as in the US, has been described as stoic, resilient, and deadpan.

The tiled step staircase on 16th avenue is a collaborative art initiative organized by two neighborhood residents in an effort to beautify the Golden Gate Heights district. The steps, decorated with 163 handmade mosaic panels of bright-colored animals, stars, and shells, is a bold attempt to connect the community with its natural surroundings. Gardens along the stairway were donated in an attempt to enhance the impact of public art.

The Salvador Dali Steps at the Philadelphia Museum of Art

In 2005 the Philadelphia Museum of Art was chosen as the venue to host the centennial retrospective which celebrated the canon of famed Surrealist painter Salvador Dali. The exhibition showcased 200 of the artist’s most influential works of his career, such as his cubist paintings and illusory still-life’s. His surreal dreamscapes and flamboyant style made him a celebrated icon of the twentieth century. In celebration of the artist as a monumental cornerstone, the Philadelphia Museum of Art painted the front steps with a black and white portrait of Dali and his recognizable mustache.

The on-going civil war in Syria is something that we’re all familiar. Our televisions screens have been depicting the horrors of that war for years now. Yet, while the country may be in the middle of a bloody conflict, that hasn’t stopped some citizens from trying to change their communities for the better. A volunteer team named “jood” took the longest public staircase in the town of Deir Atieh and transformed it into a multi-colored work of art. Says Salmo Al-Batal, the leader of the group, “Syria today is the land of blood not colors, so we are trying to make a little difference for love and peace in the war zone.”

Scala (“staircase” in Italian) was the work of German artist Horst Glasker in Wuppertal, Germany. Of the 112 steps that make up the staircase, each one is uniquely colored with specific words stenciled onto them. Each word has to do with human relationships, including love, sympathy, passion, dance, and seduce.

The Staircase of Santa Maria del Monte was first constructed all the way back in 168 in the town of Caltagirone, Sicily. Between the months of May and June, the town celebrates their annual flower festival, La Scala Infiorata. It is during this time where citizens of Caltagirone decorate the staircase with hundreds of potted plants, arranging them to form gorgeous geometric patterns. Once the festival is over, the town then celebrates the Luminara Festival in honor of the patron saint, San Giacomo. It is then that they replace their potted plants with candles which are arranged to depict an artistic drawing.